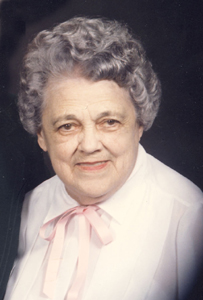 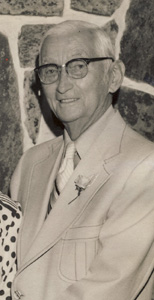 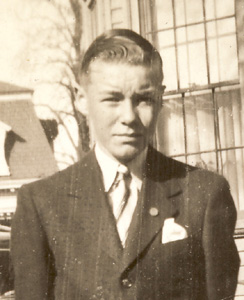 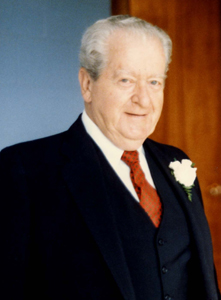 Eugene L. Pederson
b. 1914 New York NY
d. 2005 Portsmouth RI
Eugene L. Pederson was born on 9 December 1914 at New York, New York Co., NY.1 He married Winifred Lottie Willis, daughter of Loren Nathaniel Willis and Mary Ella Dickens.1 Eugene L. Pederson died on 17 December 2005 at Portsmouth, Newport Co., RI, at age 91.1 He was buried at Newport Memorial Park, Middletown, Newport Co., RI.1
From an obituary: Eugene L. Pederson, 91, of Shore Boulevard South, Gulfport, FL, and Belmont Drive, Portsmouth, formerly of Robin Road, Portsmouth, died at his home in Portsmouth. He was the husband of Isabel (Fouts) Pederson and the late Winifred Pederson. Born to the late Charles and Beatrice Sunderland Pederson. Eugene was a 1931 graduate of Rogers High School and worked as a machinist during WWII at the former Newport Naval Torpedo Station on Goat Island in Newport. An engineering degree prepared him for his first career as a civil service employee. Upon retirement, he began his next career at McLaughlin Research Corporation where he retired as the Chairman of the Board. There were two passions throughout his life, music and golf. He began playing the saxophone in 1929, under the alias “Saxophone Pete”. He also had a band, “The Gene Pederson Orchestra,” until 1975. Mr. Pederson was also a life member of Wanumetonomy Golf and Country Club. He began as a caddy at Wanumetonomy in 1926 and continued his passion for competitive golf, winning many tournaments in the area. He also played in Senior Tour Pro-Am Events in the 1980’s, where he played at the Newport Country Club with golf legends such as Sam Snead, Art Wall, Julius Buros, and Larry Mowry. Mr. Pederson was also a member of the St. John Lodge of Masons. Besides his wife he is survived by a niece Nina Victor of Dayton, OH, two nephews Grant L. Victor of Dayton, OH, and David Halversen of Cape Cod, MA, four great nephews Grant A. Victor Jr. and Seth R. Victor both of Dayton, OH, Mark Halversen and Matthew Halversen both of Cape Cod, MA, and two great nieces Martha Halversen of Ft. Meyers, FL, and Meg Halversen of Cape Cod, MA.1      Photo courtesy of Bob Champagne-Willis.1

Marion Lucia Doten was born circa 1913 at Bellows Falls, Windham Co., VT.1 She was the daughter of Forest L. Doten and Flora Virginia LaRock.1 Marion Lucia Doten married Gerald Hobson Ball, son of Edward Willard Ball and Alma M. Houghton, on 20 May 1959 at Montpelier, Washington Co., VT; her third and his second marriage.1
As of 20 May 1959,her married name was Ball.