Lola Liston was born in December 1894 at NE.1 She was the daughter of John H. Liston and Della F. Ball.1 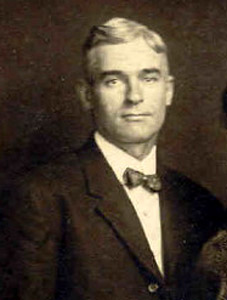 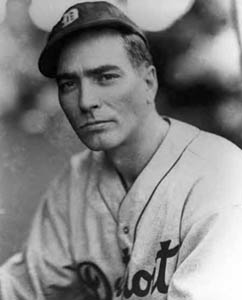 On August 17, 1929, St. Louis Cardinals manager Bill McKechnie observed to the Syracuse Herald, "That Indian pitcher, Hogsett, of Montreal, seems to me to be the best pitching prospect of any in the league." Shortly thereafter, the Tigers acquired him (reportedly for $40,000 cash and unknown players), with the agreement that he would report at the end of the IL season. There were "hints of 'something funny' in the deal," reported the Toronto Star -- enough to prompt Kenesaw Mountain Landis, commissioner of baseball, to go to Montreal in person in early September. It would appear that Judge Landis satisfied himself, though, for nothing else came of that story. Hogsett made his major-league debut on September 18, 1929 with the Detroit Tigers.

In July 1933, Clifford Bloodgood in Baseball magazine described the hurler's style. "Hogsett is primarily an underhand pitcher, but of late he has been slipping over a side arm delivery. He has a good sinker and a mystifying curve which makes him feared and respected by every left-hand batter in the American League. It breaks up and away and is called in the parlance of the game a 'butterfly.'

On April 30, 1936, Detroit dealt Hogsett to the St. Louis Browns for Jack Burns. On December 1, 1937, St. Louis traded Hogsett to the Washington Senators for Ed Linke. That December 7, the Washington Post reported, "Clark Griffith's first move to reconstruct his club for 1939 took the form yesterday of the outright sale of Pitcher Elon Hogsett, 34-year-old southpaw, to the Minneapolis [Millers] team of the American Association."

The Indianapolis Indians purchased Elon on March 13, 1942, for an undisclosed sum of cash from Minneapolis. The Indians released him in early August, and he rejoined Minneapolis. The wartime shortage of bodies got Hogsett a final run with the Tigers in 1944. The 40-year-old was described as "one of the best conditioned pitchers in the Detroit camp." However, he made his last major-league appearance on June 3, 1944. Detroit released him the next day; he then went back to the Millers once more and retired at the end of that season.1      Photo courtesy of Frank Russo's website http://www.thedeadballera.com/. 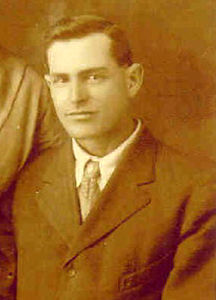 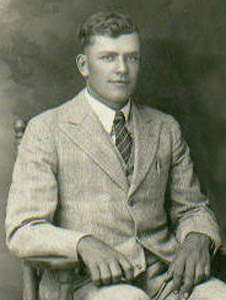 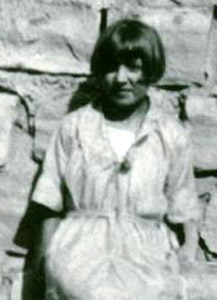