Children of Leland Fessenden Ball and Alice A. (????)

Children of Douglas Ball and Nellie (????) 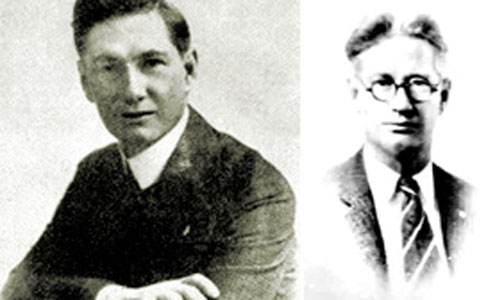 Beginning in 1906, Ball had a dual career, writing songs and also singing them himself on the vaudeville stages. At first he worked alone, but later shared billing with his second wife, Maude Lambert. In 1907 he was a charter member of the American Society of Composers, Authors and Publishers (ASCAP) and signed a contract with Witmark Music as a demonstrator and house composer.

Between 1907 and 1910, Ball wrote a number of popular songs including the first of his Irish ballads, "Mother Machree". He followed this in 1912 with "When Irish Eyes Are Smiling". Other highlights from the Ball catalog include "Love Me and the World is Mine", "Saloon", "Till the Sands of the Desert Grow Cold", "Dear Little Boy of Mine", "I'll Forget You", "A Little Bit of Heaven", "Let the Rest of the World Go By", "In the Garden of My Heart", "My Dear", "Who Knows?", "Goodbye, Good Luck, God Bless You", "Turn Back the Universe", "I Love the Name of Mary", "To the End of the World With You", "West of the Great Divide", "Ireland is Ireland to Me", "She's the Daughter of Mother Machree", "To Have, To Hold, To Love", "Mother of Pearl", "For the Sake of Auld Lang Syne" and "You Planted a Rose."

Ball has said that he became a successful composer when he learned to write songs that came from his heart, and were about things that he knew. He collaborated with several lyricists including Chauncey Olcott, George Graff, Darl MacBoyle, J. Kiern Brennan, James J. Walker, Arthur Penn, Annelu Burns and David Reed.4      Left photo courtesy of the Songwriters Hall of Fame; right photo from a passport application.4

Child of Claude B. Ball and Margaret Blanche (????)