Sheree McHugh is the daughter of Vincent Ronald McHugh and Myrna Gertrude Dilgard.1

Diana Lee Malnati is the daughter of Richard Malnati and Myrna Gertrude Dilgard.1

Matthew Terry Dilgard is the son of Terry Alan Dilgard and Judith Klemm.1

Carrie Beth Dilgard is the daughter of Terry Alan Dilgard and Jean Miers.1

Jeremy Scott Dilgard is the son of Terry Alan Dilgard and Jean Miers.1

William John Ball was born on 12 July 1845 at Bourg-Louis, Portneuf Co., QC, Canada.2,1 He was the son of Charles Ball and Margaret Anne Murphy.3 William John Ball married Martha Thwaites, daughter of Jasper Thwaites and Hannah Thomas, circa 1873.4 William John Ball married Joanna Hayes, daughter of Washington Hayes and Elmira Stotts, on 7 May 1894 at Brockville, ON, Canada; by Rev. James L. Gilmour, Church of England, and witnessed by Alonzo Fox and Margaret Ann Ball.5 William John Ball married Jessie Carrette, daughter of George Fred Carrette and Emily Hodgson, on 19 May 1903 at Brampton, ON, Canada; by Wylie C. Clark.6 William John Ball died on 27 June 1923 at Leeds Co., ON, Canada, at age 77.1
Comment by DGB: Some records show his middle name as "James" and it is not clear which is correct. End of comment.
In 1890, according to the Toronto city directories, William J. Ball, teamster, lived at 98 Edwin Street; he was likely at that residence the following year, since his brother Alexander was recorded as living at that address. William was likely the teamster that was listed at 1040 Dufferin Street in 1893 and the "driver" for the Bolton Meat Co. living with his sister Margaret at 414 Sumach Street in 1894.

Charles Robert Ball was born on 10 July 1852 at Bourg-Louis, Portneuf Co., QC, Canada.2,1 He was the son of Charles Ball and Margaret Anne Murphy.3 Charles Robert Ball married Ann Caroline Hughes.4
There was only one Charles R. Ball, plasterer, entry in any of the Toronto city directories. His residence was 97 Amelia Street in 1883, 252 Sumach Street for 1884 - 1886, 164 River Street in 1887, 5 Symes Place (listed as a plasterer for E. G. Woodley) in 1888, and 93 Amelia Street in 1889. Charles R. Ball, plasterer, next appeared in 1893 at 135 Tecumseth Street, then in 1894 at the residence of his mother (owned by his brother Abraham) at 302 1/2 Yonge Street; he was then employed by W. H. Crowford & Company. He appears at this last residence the next two years, first as a plasterer employed by Toronto Brass & Plating Co., then as a polisher for Toronto Lock Company. Charles was not noted in the Toronto city directories after 1896.

Jacob Ball was born on 18 February 1855 at Bourg-Louis, Portneuf Co., QC, Canada.2,3 He was the son of Charles Ball and Margaret Anne Murphy.1 Jacob Ball married Annie Louisa Calgey, daughter of Hugh Calgey and Louisa (????), on 10 April 1875 at Toronto, York Region, ON, Canada; by Reverend W. Henry Jones, Church of England.4 Jacob Ball died on 17 April 1879 at Toronto, York Region, ON, Canada, at age 24.5
A Jacob Ball only shows up twice in the city directories, first in 1879 as a stove mounter residing at 354 Wellesley Street, then in 1880 as a laborer residing at the same place.

Alexander Ball was born circa 1857 at QC, Canada.2 He was the son of Charles Ball and Margaret Anne Murphy.1
Alexander Ball first shows up in the Toronto city directories in 1888 residing with his father at 336 Sumach Street and listed as a moulder for J. R. Armstrong & Company. He was still at that residence in 1890, but then a moulder for E&C Gurney Company. In 1891 Alexander is back with J.R. Armstrong & Company, but residing at 414 Sumach Street with his mother. In 1892 Alexander shows up for the last time in the city directories as living at 98 Edwin Street owned by his brother William. 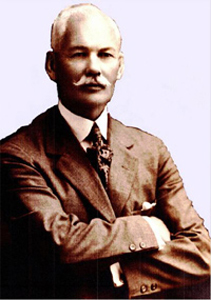 Abraham Ball
b. 1859 QC Canada
d. 1941 Toronto ON Canada
Abraham Ball was born on 23 May 1859 at Bourg-Louis, Portneuf Co., QC, Canada.2,3,4 He was the son of Charles Ball and Margaret Anne Murphy.1 Abraham Ball married Elizabeth Jane Edwards, daughter of John Edwards and (????) Slade, circa 1884.5 Abraham Ball died on 30 August 1941 at Toronto, York Region, ON, Canada, at age 82.6 He was buried at Mount Pleasant Cemetery, Toronto, York Region, ON, Canada.6
Abraham shows up in the Toronto city directories at age 18 living on the west side of Borden Street. The next year, 1879, as well as for 1880, the directory says he was a clerk and living at the intersection of Borden and Harbord. The 1882 directory shows him as a salesman living with his father at 336 Sumach Street. By 1884 Abraham was a partner with Henry Crumpton in A. Ball & Company, selling "gents furnishings" at their shop at 298 Yonge Street; Abraham still resided with his father. In 1885 the residence is the same (although he was likely married by then), but the shop moved to 246 Yonge Street. The next year Abraham moved his residence to 232 Sumach Street, the third of the family on that street. The next two years the residence was in the directories as 277 Yonge Street.
The moves continued in 1889 with the shop going to 302 Yonge Street and the residence to 76 Macpherson Avenue West. In 1890 there was a change in the corporate structure of the firm, now "Ball & Company" and apparently owned by his wife, Elizabeth. Abraham is shown as the manager; both lived at 780 Yonge Street. In 1891 the residence again moved, this time to 302 1/2 Yonge Street. In 1892 the business was a few doors away to 306 Yonge Street and the residence to 153 Cumberland Street. Again in 1893 the residence moved to 266 Avenue Road.
Abraham's fortunes seemed turn for the worse in 1894, since his job was then as a salesman for Thomas Thompson & Son; the residence went to 860 Palmerston Avenue. In 1895 Abraham is back in his own shop selling gents' furnishings from a combination shop and residence at 360 Queen Street West. By 1898 Abraham is reduced to being a clerk at T. Eaton company and living at 19 Olive Avenue, but bounces back to being manager of Ball & Company and living at 218 Queen Street East, although his wife is still listed as the owner of the company and they finally stay put until at least 1904. Abraham Ball was president of the Ball Suspender Company of Toronto.6      Photo courtesy of Charles E. Goodman of North Saanich, BC, Canada.